My fifth set of baguettes sourdough with 0.07% IDY

Happy Canada Day! To celebrate I started a double batch of baguettes yesterday and just pulled them out of the oven. I decided that I wanted to try an almost all white flour recipe since white flour baguettes are what remind me of Paris most.

I added a small amount of rye to the levain build but otherwise followed the recipe I found on another site, so the rye was 2.5% of the flour the rest was AP. Because I cannot cold retard six baguettes in my fridge I decided it would be interesting to see the difference when cold retarding shaped baguettes vs. unshared until after cold retard. However, because I cannot bake six baguettes at once, the shaped baguettes went into the oven after 13 hours of cold retard. The second three were shaped after 13.5 hours of cold retard and then placed back in the oven until the oven, baking steel, cast iron skillet and Silvia towel were back up to 500ºF. Oh because I forgot to drop the temperature from 500ºF to 480ºF at the start of baking the second set, they baked at 500ºF until halfway after removing the steaming gear.

Because I didn’t weigh the dough when I divided, the first of baguettes were larger and didn’t fit well on my cookie tray or baking steel. The second set fit much better. I think for my set up 280-290 g per baguette is optimal.

Oven spring seems pretty good especially on the second set. There are a bit of ears on some. The crumb will tell the story I guess. 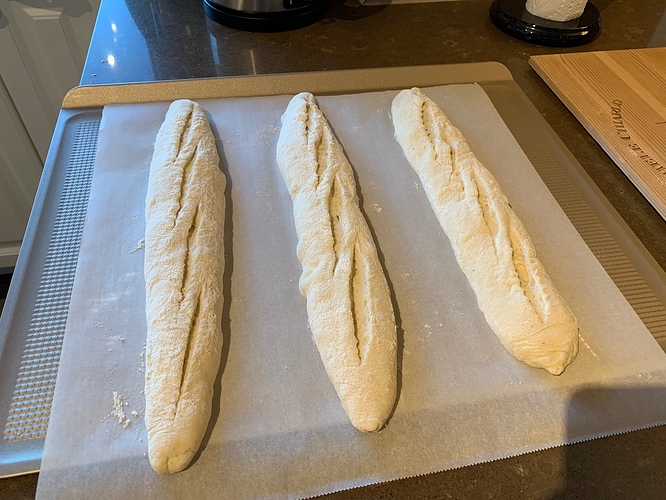 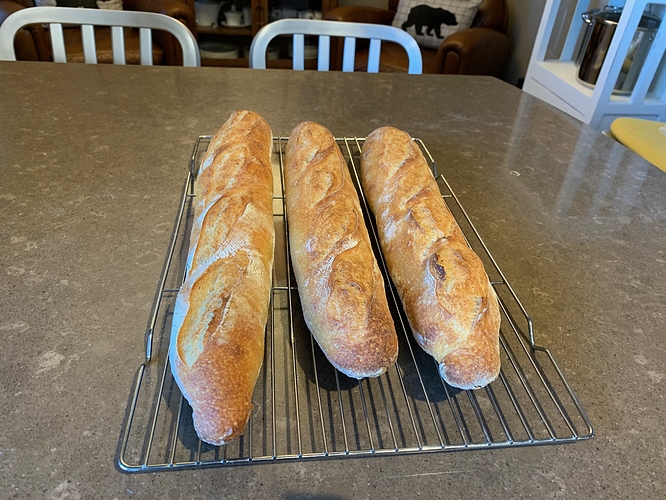 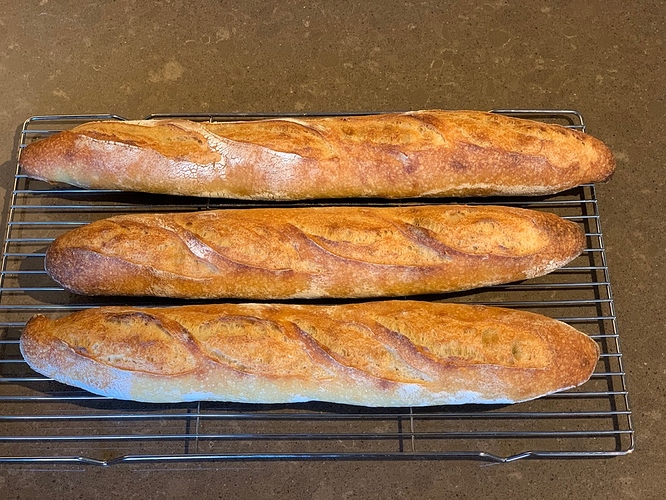 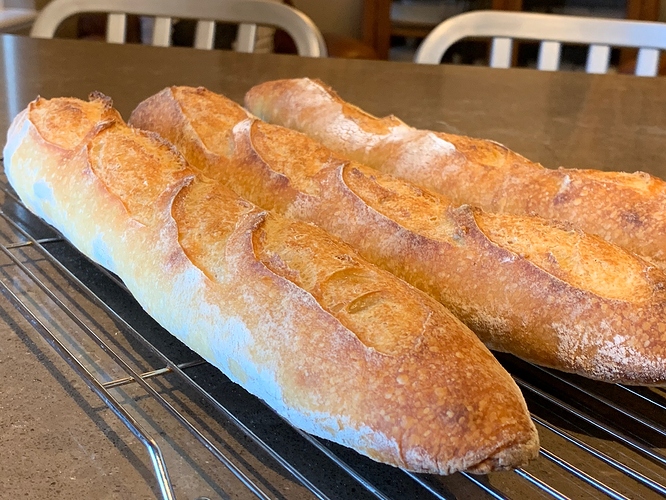 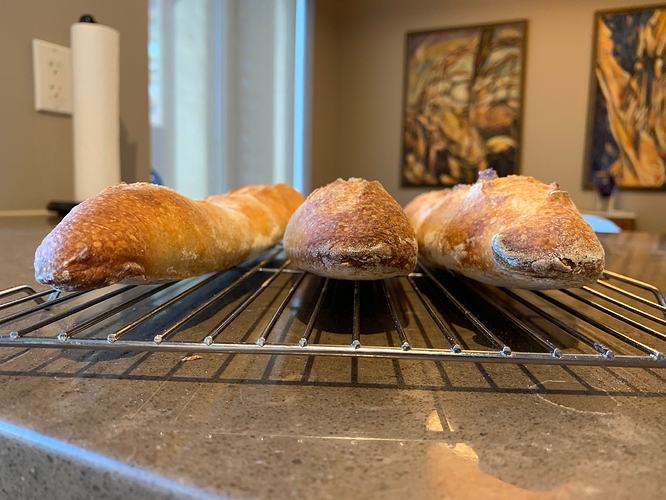 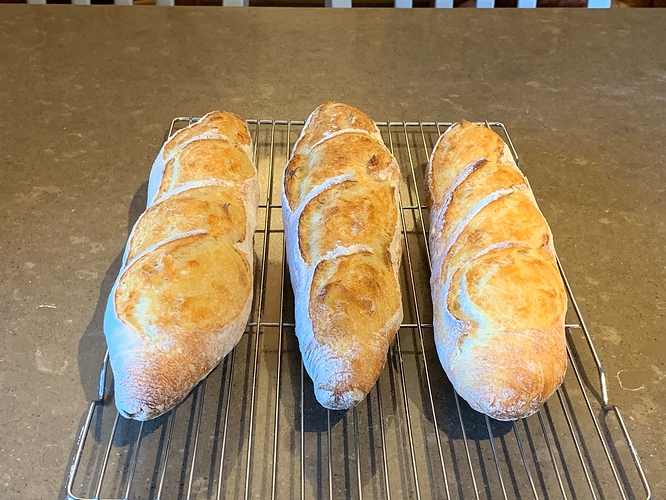 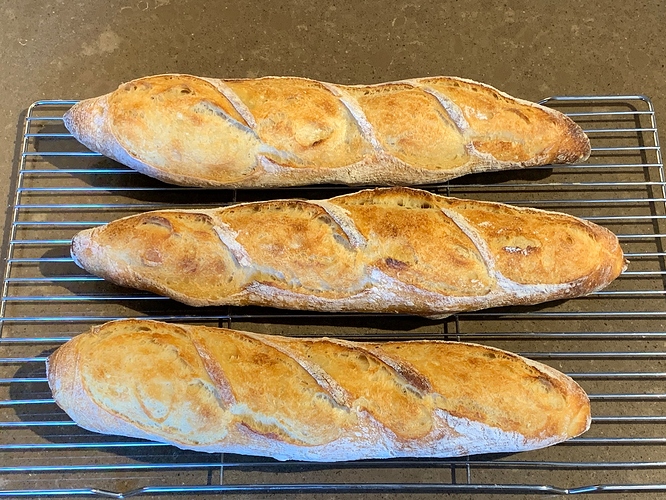 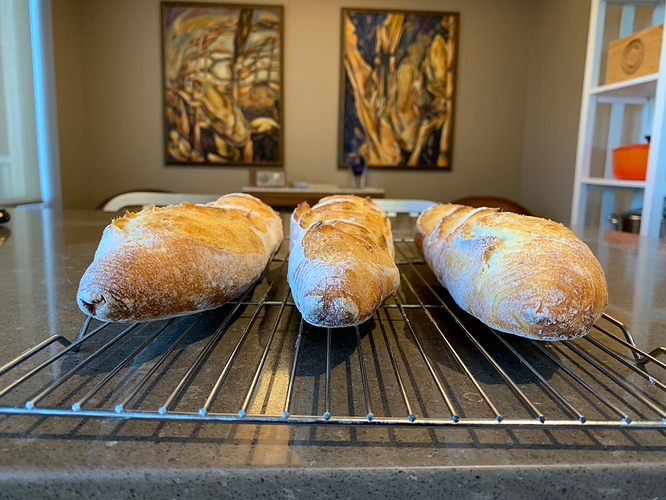 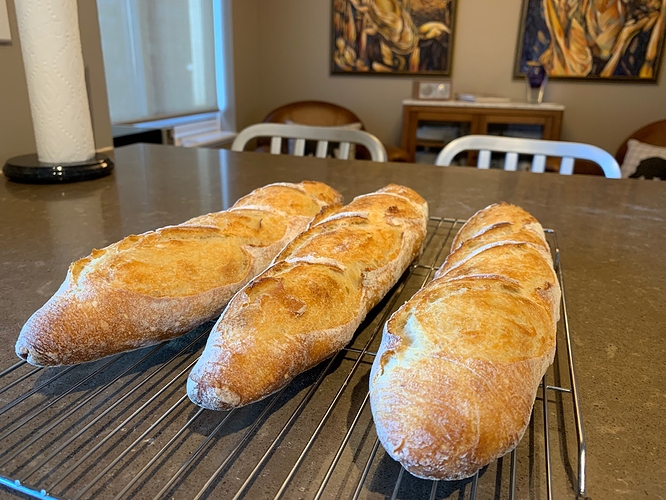 I forgot to take a photo after scoring these, but I think scoring was a bit better as I did each score faster, I need much more practice. I also forgot to brush off the excess flour prior to scoring.

Looks like you’re getting this down really good, you are making me hungry. Good job.

Thanks so much. I am starting to get the hang of it but as you can see I’m no where consistent yet.
Benny

Crumb on one of the first set, shaped cold retard. 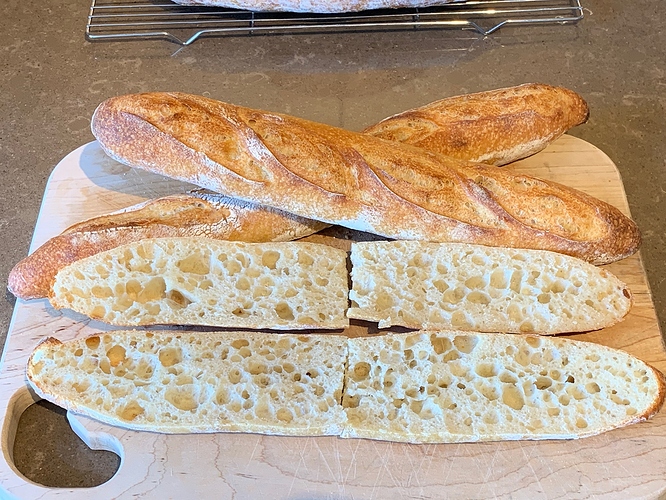 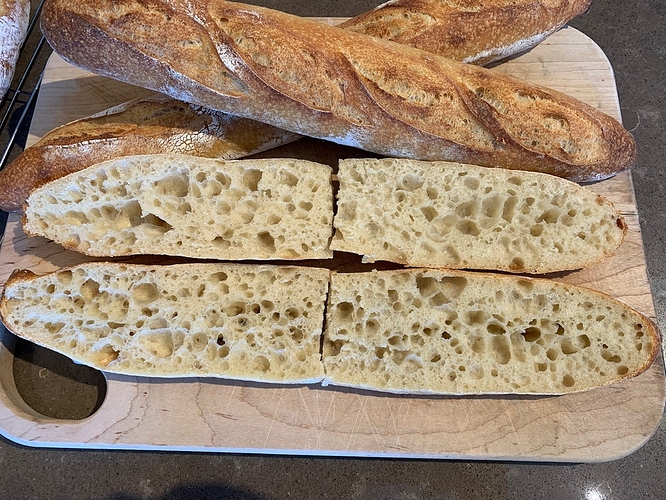 Crumb of the bulk cold retard then shaped. 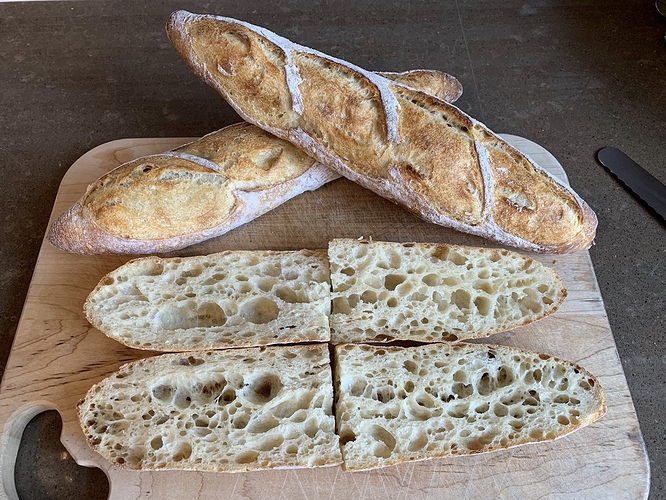 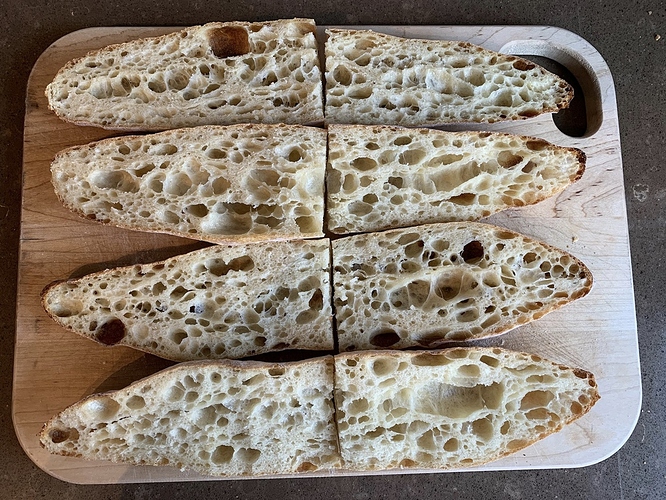 Thank you Kevin. It will take many more bakes to get anywhere near consistent for me.

Jane asked for the recipe for these baguettes so I shall post them here. These were an adaptation of a recipe originally written by Abel then adapted by Alfanso.

For the levain I used 24 g whole wheat 100% hydration starter and 10 g rye and 90 g AP flour and left overnight @ room temperature to ferment. Water was cold from the fridge filtered. It was past peak in the morning but this was more than 12 hours (15 hours)

I bulk fermented until 30% rise then preshaped half the dough, the other half went into the fridge to cold retard.