Here are the photos and results of a bake where everything else is equal but Kamut vs. Sprouted Rye (fresh-milled whole grain Kamut and Sprouted Rye at 25% of the total flour weight, paired with bread flour).

This casual experiment started with someone asking for the optimum ratio of ingredients for bread. Optimum is definitely an “in the eye of the beholder” thing, but I gave my optimum numbers – the formula I use when I’m just baking to bake, when I’m not interested in taking notes or using the calculator app on my phone.

It’s 75% bread flour, and in my experience that means the other 25% can be absolutely anything (even non-wheat flours) and you’ll still get a pretty tall, pretty not-dense loaf of bread.

It’s also 75% water, and in my experience that means I can shape it pretty easily.

I make small-ish loaves with these numbers (760g is small for me) which usually leads to a good crumb even if I’ve been a little casual with gluten development and fermentation timing.

Here are the baker’s percentages:

Here are the easy-math grams:

The two doughs expanded at about the same speed. When doing gluten development, the rye was a little more fragile.
Sprouted rye on top, Kamut on the bottom 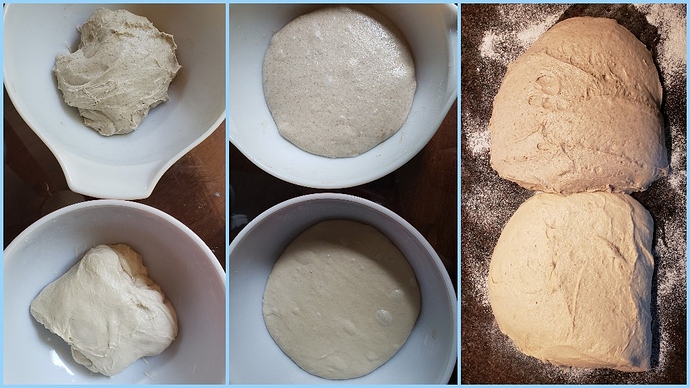 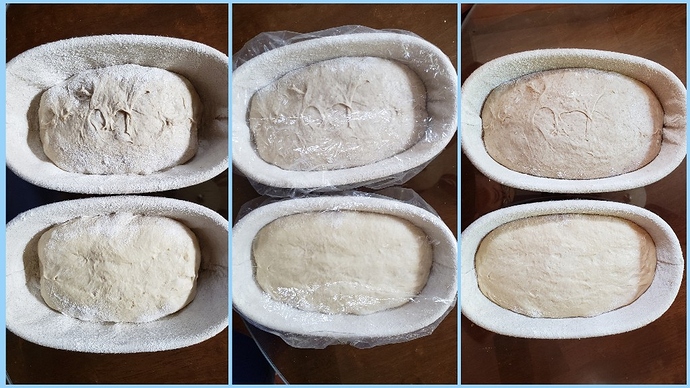 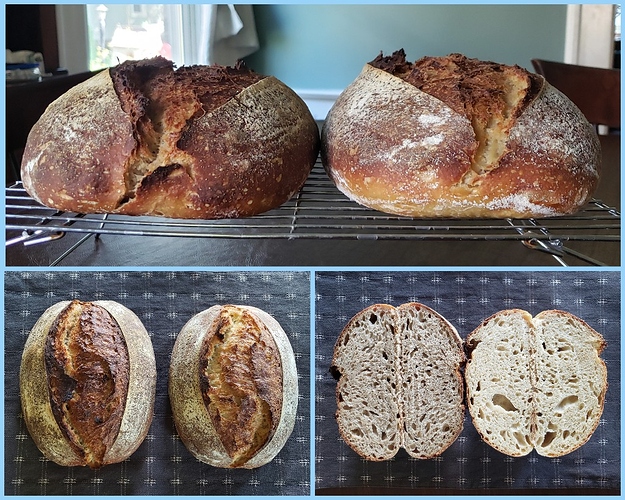 The breads were delicious and had totally different flavors.