I say “flavoured” because it uses sourdough starter but I accelerate this bread with instant yeast for a quick result. I already make “proper” airy yet chewy sourdough the slow way in a dutch oven. This loaf however is fine grained and soft - perfect sandwich bread and it uses a Pullman style tin. There is no need to develop a stronger flavour and an open crumb because I’m aiming for bog standard sandwich bread crumb

and besides it’s an enriched dough. Enough justifying… On with the recipe which makes two 2lb or 900g loaves.

Why scald the milk? Mostly out of an abundance of caution however pasteurisation does not heat the milk to a sufficient temperature to inactivate the whey proteins that supposedly inhibit gluten. It’s easy if you have a thermometer and it’s quick to cool down in the pot in some water in the sink so no drama to do it!

Why use milk? Helps with a softer crumb… Same reason I added butter. Maple syrup is there for a bit of interest re: flavour, a bit of sweetness… Kicks the fermentation along a bit… You could swap that out for brown sugar or honey. The single egg is in there for some enhanced nutrition and as an additional leavening agent. I have paid attention to the additional liquid ingredients and the overall water content to ensure a well hydrated but satisfying dough to work with. At least I thought it was fine. Nice and moist without being ridiculously wet. 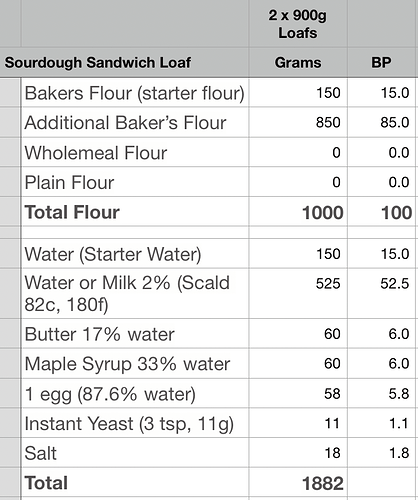 Firstly in the ingredients list note that there is 150g of starter water and 150g of starter flour - ie. 300g of 100% hydration sourdough starter. Also note, that I’m using 11g of instant yeast. 15% of the flour is therefore prefermented and contributes to the flavour although the objective of this loaf is quick results and only a mild enhancement to flavour - still very nice though. I note that I have listed Water or Milk in the ingredients and I’m sure this loaf would work with water however in this instance I used scalded 2% fat milk. 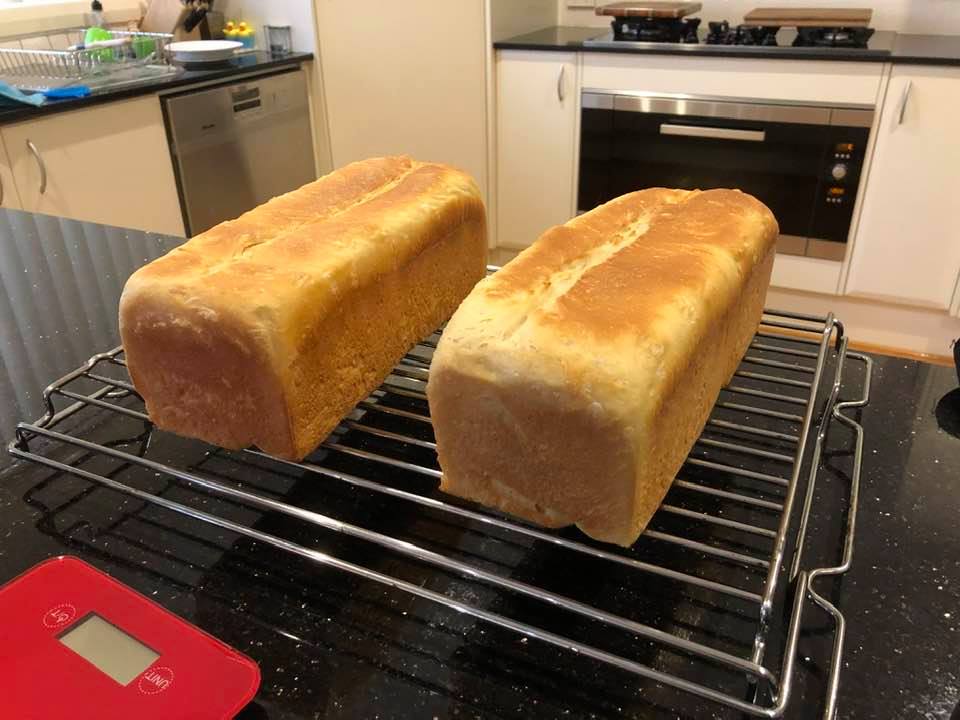 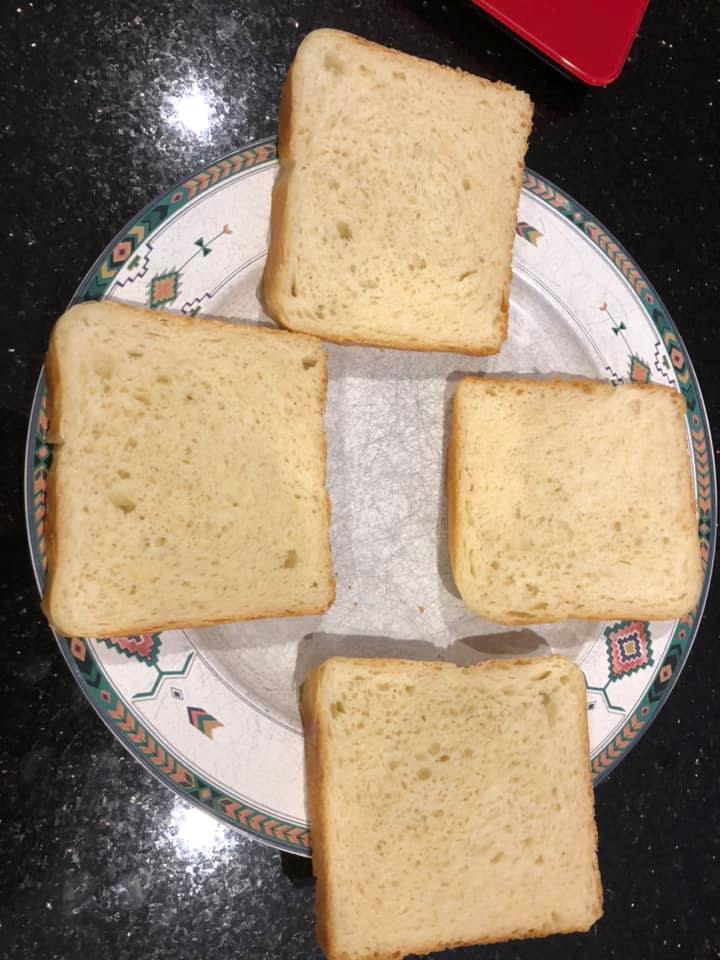 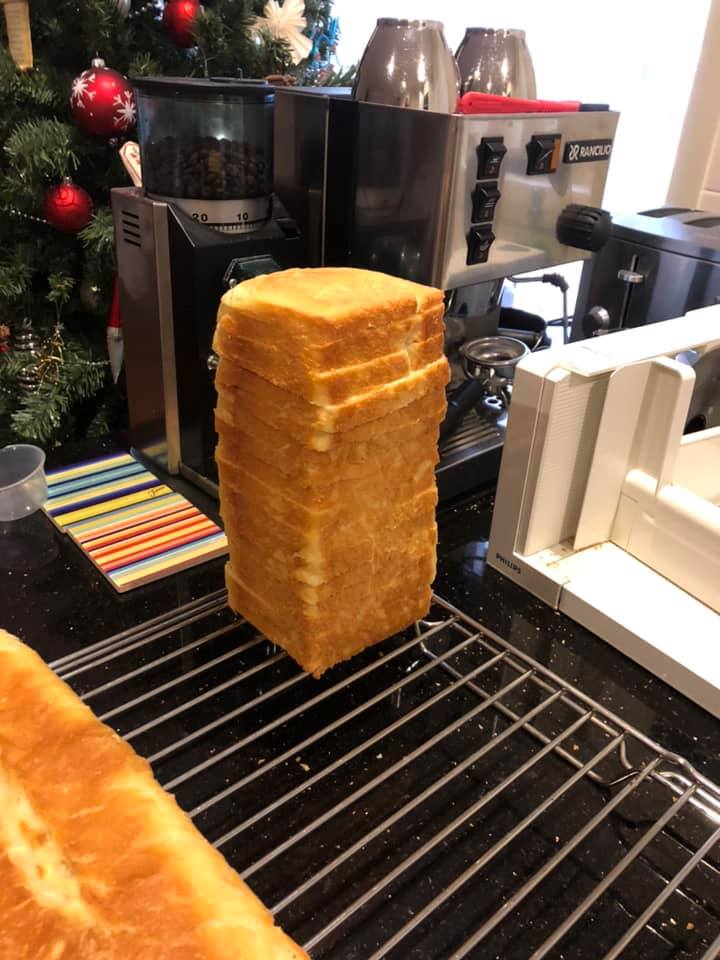 Those look great! By the way, I love the phrase “bog standard.” It’s not used much in the US of A.

I wonder if anyone has tried this recipe replacing the Baker’s flour (not sure if that’s the UK equivalent of AP or bread flour) with any kind of whole grain flour.

The Bread flour / Baker’s flour I use in Australia is 12.5% protein flour. Our plain flour (or AP Flour if you will…) is 10.9% protein. So the 12.5% is a stronger flour more suited to breads and the plain flour is what we’d use for cakes and scones etc… I am intending to try the recipe with 50/50 Baker’s:Plain Flour in the future because Plain flour is a lot cheaper per kg and longer term I’m a cheapskate

Re: Wholegrain I’d probably up the moisture level again and perhaps the amount of flour slightly in order to hit the top of the lidded pullman tin for a square loaf. You probably have more experience with wholegrain than me because I’ve normally limited myself to 20% wholegrain in my breads. A totally wholegrain loaf is something I’ll play with in the future.

The nutritional information of the two flours I mentioned is in the links below. I wouldn’t get too hung up about getting the protein levels exactly the same. Near enough is good enough… I’m not sure what the ash content of it is…

Check out essentials plain flour 1kg at woolworths.com.au. Order 24/7 at our online supermarket

Those loaves look great. They look larger than the loaves I make using my Pullman pan. Can you post the size of your pans? Thanks!

Sure they are Mackies tins which are commercial baking tins used by the baking industry here and manufactured in Australia - the dimensions are here: 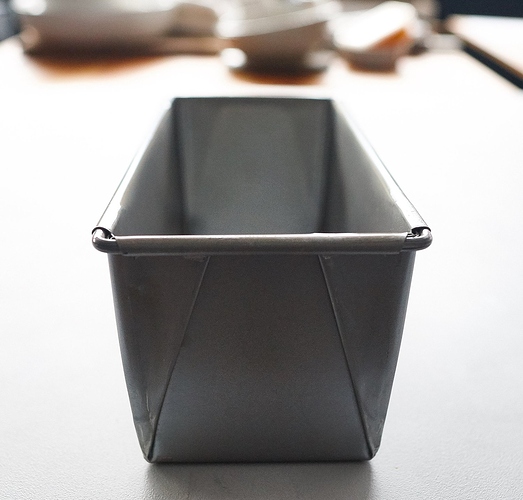 why we ♥ it: There’s nothing like homemade bread, and thankfully it’s so easy to make with the help of a Mackies bread tin (and a thermo cooker!). You’ll have the perfect loaf with a crunchy crust and fluffy crumb, no shaping skills required. These...

Beauty loaves!! Anyone would be proud of these! Congrats!
I will try your formula myself soon. Thanks for posting!
Jude

@jude I’ll be interested to know how it goes for you when you try it. I would mention that I let it prove higher than I might have ordinarily but I’m glad I didn’t chicken out and bake it earlier. I’m going to make it again in a few days because I’m running out of bread - so we’ll see how it goes a second time.

Baked them again today. Very happy with the result. 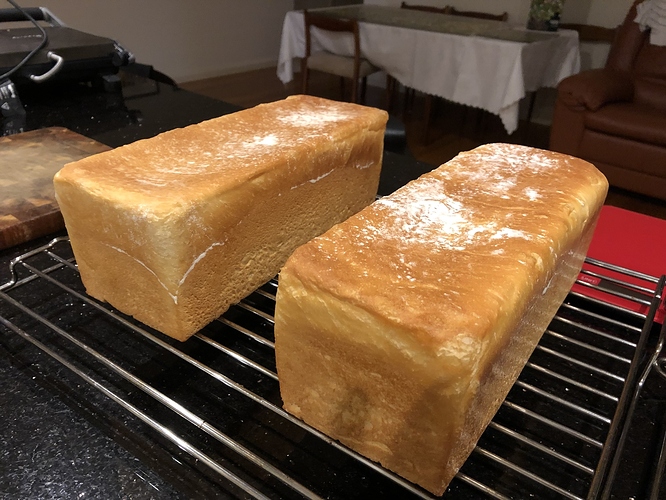 Those pans/loaves look yummy! Two suggestions for anyone making these (I bake milk sandwich bread often):

By "gelatinizing some of the flour, you’ll create a moist sandwich bread that’s almost pillowy in texture, and which will stay fresher far longer than usual.

Re: the milk I just use what I normally have in the fridge and of course there’s no problem using the exact amount you want whereas with a can it’s a bit problematic - not insurmountable - just problematic. I don’t think it’s much of a bother to heat milk in pyrex jug in the microwave - I know exactly how long from trial and error and cooling it is easy in a sink of water.

Re: the Tangzhong method though I read up about that though and that’s really fascinating. I will try that for sure! Thank you!