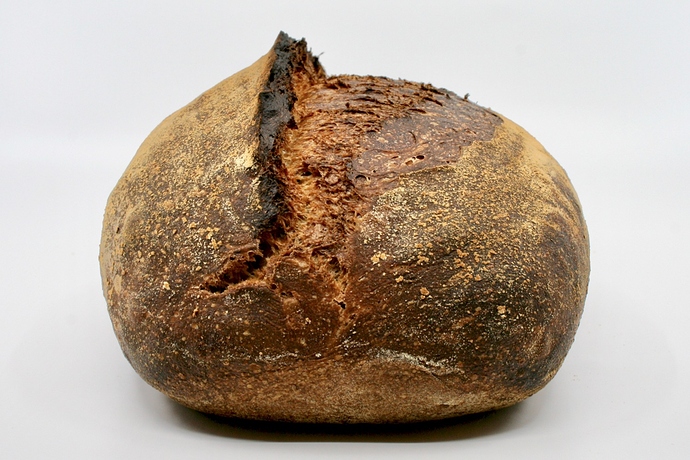 Bread developed slowly - with a long, slow fermentation period - tastes better. Similar to making cheese, or cooking a stew or chili, or maybe the traditional American south's method of barbecuing pork. In all these cooking methods, one of the...

I intend to give the process a try next bake, although different flour mix. I tend to use a bit more starter and I don’t mill, but I do like a long, cold ferment. At any rate, I think there is much to be learned from your approach.

@homebreadbaker, thanks for the great post. Coincidentally, just yesterday I baked a bread that completely validates your method! And it is what I think is my best tasting bread ever, the one I’ve been striving for for 2-1/2 years. I wanted to time the bake to be right after baking bagels so as to not heat the stone twice, but then the bagel project got delayed by a day, so I left the bread dough in the fridge a total of 34 hours. The grand total from mixing to baking was 46 hours, 34 of which were in the fridge, the rest on the counter before and after the fridge. After the final proof, the room temp dough went onto a preheated stone, and while it did spread a bit (probably due to rye flour), the resulting flavor and crust were fantastic and made up for the slight flatness of the loaf. If I had baked it in my clay baker it would’ve been loftier, but I don’t think the crust would not have been as good.

I took the laziness one step further and did not knead the dough at all. During the first room temp period of 7 hours (after mixing and letting rest 1/2 hr), I did 4-5 stretch and folds at random times. After the bulk fermentation (34 hrs later during which negligeable rising took place) as it was coming to room temp over 3-4 hours, I did maybe two very gentle stretch and folds. When I shaped it, it felt quite poofy but had only risen maybe 50%. The final proof was about 1-1/2 hrs and again only rose about 50%.

The holes are a little weird, and some were much bigger than those in the photo. Not sure why. I hope I can replicate it. It’s half eaten so now I have to get going on the next one! 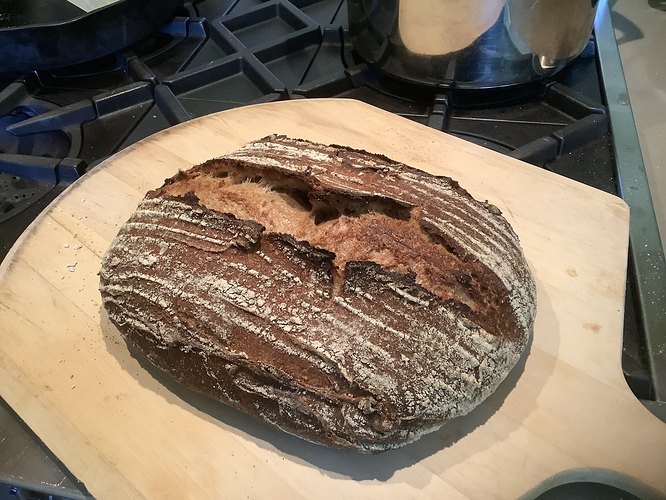 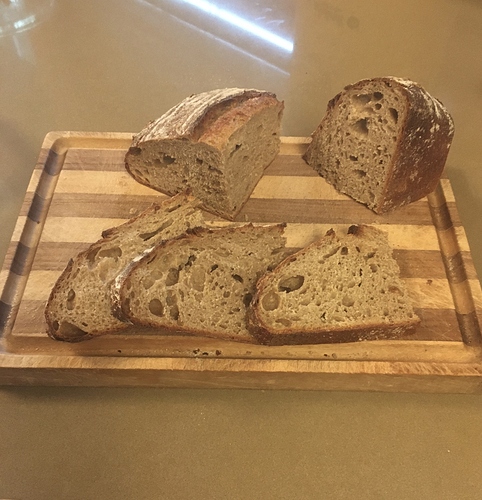 I gave this technique a try this weekend, following your percentages and timing almost exactly. Total bulk fermentation was about 22 hours, with 3 rounds of gluten development starting at about 12 hours. I did the bench rest and shaping started when the dough was at about 2.25x the original volume. I proofed in the banneton for one hour at room temp. This was all at ambient temps of 65-68F. Cold fermentation was ~18 hours.

The results are below. I would have liked to get a little more spring than this, and a slightly more open crumb. The flavor is really excellent though, sweet and rich, with only a mild sourdough tang. 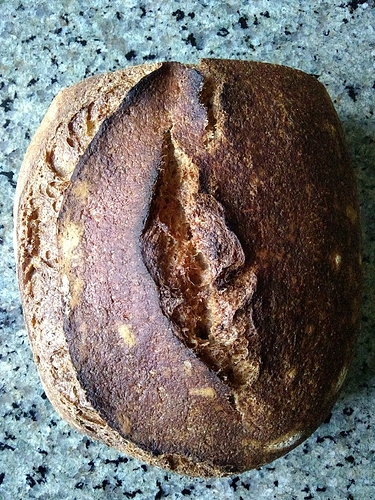 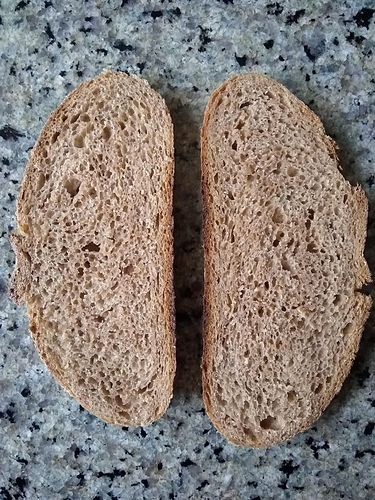 I might try increasing the hydration some the next time around. 80% is along the lines of what I would use for a dough with only 25-30% whole grain flour.

Curious what grain(s) you used for your loaf. I do often get a somewhat more open crumb than that (but not way more). Your oven spring looks pretty similar to what I typically see, though I will also see better pop sometimes when I really nail the proofing perfectly. 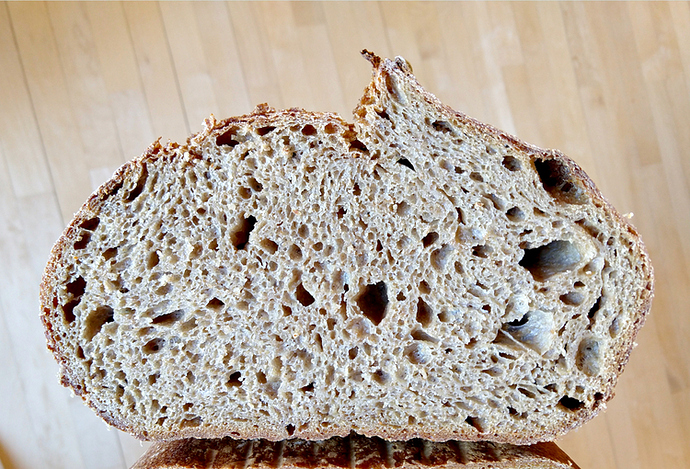 I generally don’t do a room temperature period during the second proof unless I feel like I’ve short-changed the bulk proof for some reason; usually it just goes straight into the fridge as soon as it’s in the basket.

I have experimented with hydrations up to about 95%. In truth, the 80%-ish that I put in the recipe is really just a starting point where I am assuming that most people won’t have trouble with dough handling. I usually start at 80 or 85 percent and introduce an unknown amount of additional water during gluten development. I’m going for a specific feel of dough and not a specific hydration percentage.

Mine was 80% Red Fife and 20% Hard White, both home milled. The room temp proof after shaping may have been unnecessary. I do usually do it, but I also usually stop my bulk fermentation slightly underproofed, so closer to 2x original volume.

I also felt like a lost a lot of air during shaping, so part of it might just be handling the dough a bit more gently. That, and adding a little more water will be my next adjustments.

I would be thrilled to get a crumb like the one you just posted on a 100% whole grain dough. That looks fantastic!

I am usually doing something pretty close to 2/3 red fife and 1/3 hard white, which is the composition of the loaf pictured above. But I think the main thing is probably nailing the bulk prof duration (which I think is the real art in sourdough baking) and maybe also you’re right about dough handling too.

Anyway, I’d be very happy to have a sandwich made from the loaf you posted.

Probably the easiest bread I’ve ever made. Could have used just a smidgen more salt. 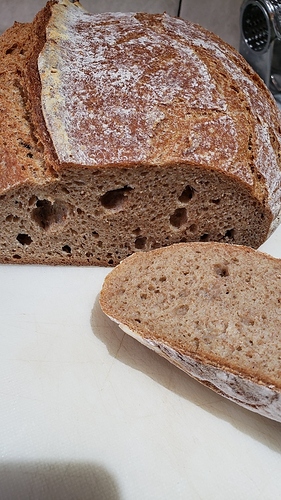