I am posting my second try at baking baguettes eventhough I didn’t post my first try here. This was a more successful bake but I have identified a few things I would change next time I try these again. I followed loosely Anis Bouabsa’s recipe for these baguettes and I should have followed his recipe more closely as the changes I made worked against me I think. I didn’t use 100% all purpose flour subbing in 50% bread flour because I was worried about the dough having enough gluten having never made bread with
AP flour before. I also reduced the hydration from 75% to 70% worrying that the higher hydration might make the dough harder to shape since I don’t have much experience shaping baguettes yet.

My baguettes are shorter and fatter than I would have preferred, but I think the higher gluten and lower hydration made the dough less extensible than one needs for baguettes and thus I couldn’t elongate them as much as I would have liked.

Overall though for a second try I’m pretty happy with how they turned out. 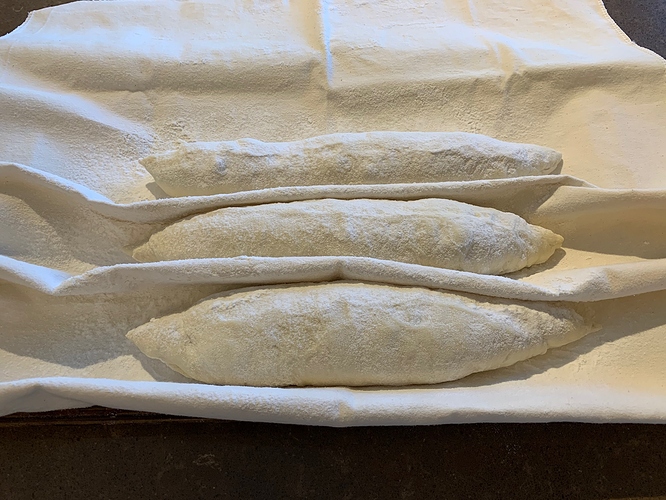 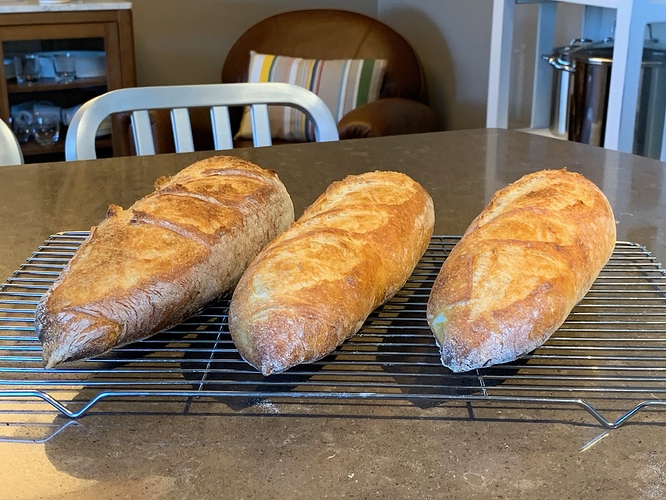 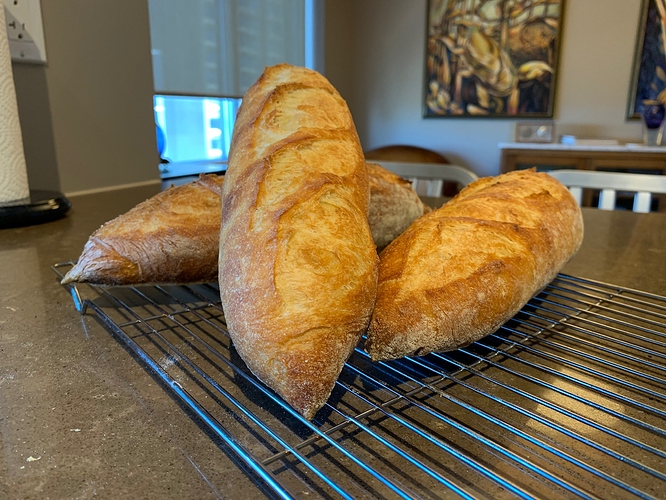 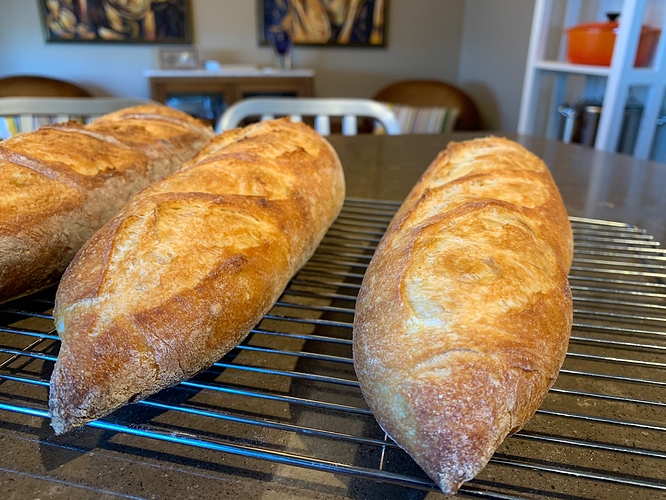 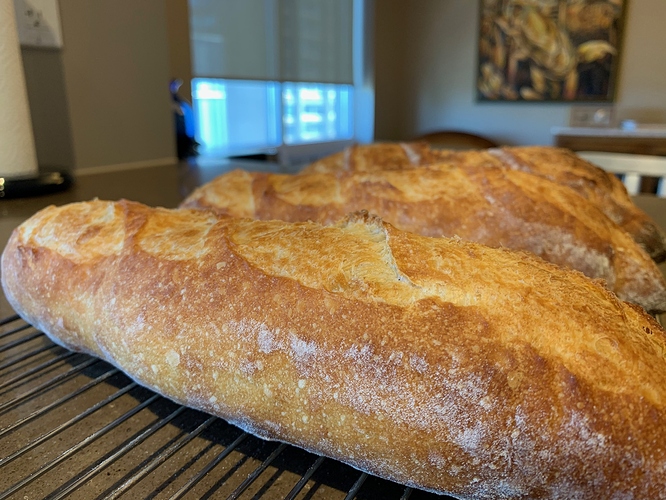 I’m quite pleased with how these turned out. I would not bake them on such a low rack of my oven next time because the bottom of one was quite burned

The crust is crisp and thin and the crumb was irregular and fairly open and had a great flavour of wheat. 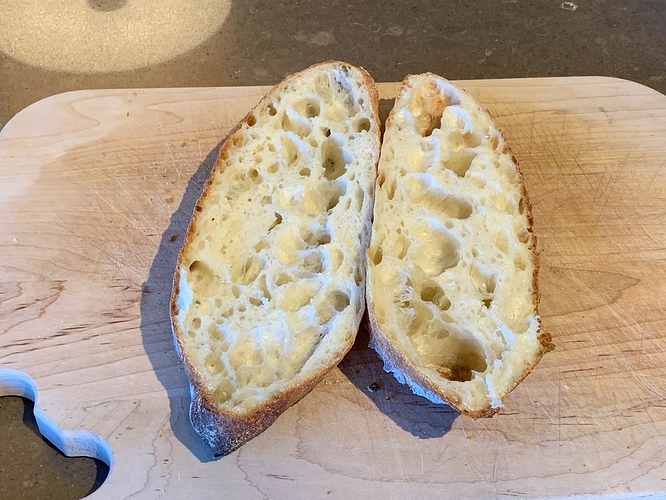 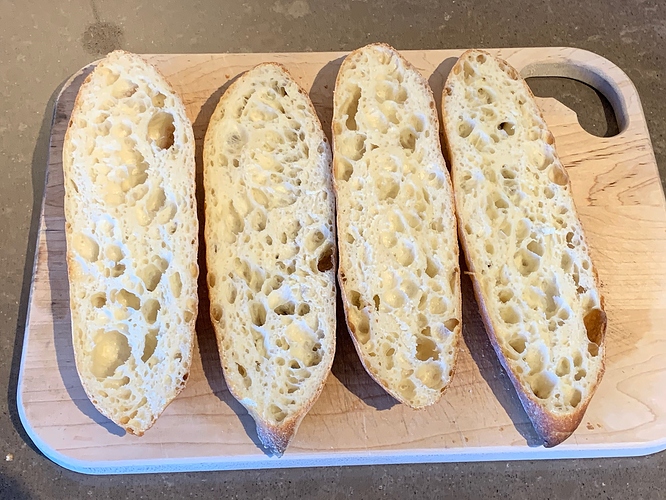 Damn those are good. I wouldn’t want the crumb any more open. That’s perfect!

Thank you Abe. I have a few things to do differently next time that I hope will improve them. I wouldn’t want the crumb more open either. I thought I was being too rough while shaping and that I’d cause the crumb to be too tight but I guess you need to be a bit rough with it.

I had the pleasure of baking baguettes with Alfonso who’s style is baguettes/batard (somewhere in-between). Firstly I don’t think baguettes are traditionally very high hydration. Handling shouldn’t be a challenge. Shaping was a rough batard preshape then a rest, after which you basically shape them again but a bit tighter and then gently roll out the ends. I’m no expert and of course he doesn’t do a full baguette but actually a cross between the two.

Hi Abe, I think my baguettes were certainly too fat and need to be rolled out longer and thinner. I just need to get more extensibility and less elasticity. I think increasing the hydration a bit and going to all AP flour should get me there.

Maybe a rest in the middle of the shaping could work too. I do that with pizza dough when it’s too elastic.

Yes I knew that would work, but being a bit impatient I didn’t rest it at that point and I should have. Live and learn. Thanks Melissa.

Dude - you would have gotten a perfect score but for the Russian judge that only gave you a 9.9. Seriously, those are awesome with a crumb that defines what baguettes should look like.

Thank you Kevin, darn those Russian judges, that is very nice of you to say.