I’ve made numerous successful loaves (though not strong sourdough taste). The last few have a split on the side (each one the same) & haven’t cooked thru fully so it seems I’ve inadvertently changed something. Here’s pics, any ideas are appreciated! (I know this is overbrowned on top, it was accidentally put on top rack after taking foil off, but it’s been doing same thing on bottom rack also) image|666x500 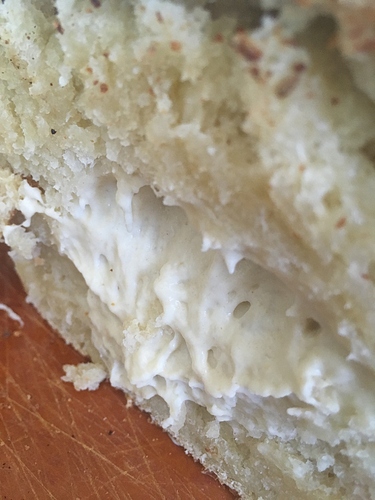 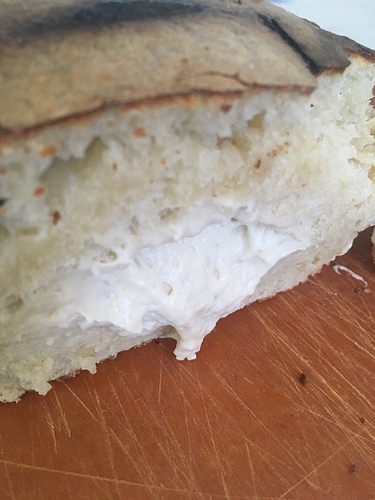 That’s not yet undercooked it’s totally raw. Yet, the crust is formed and dark. Which seems to imply the crust formed too quickly. The splitting on the side confirms that as the gas had nowhere to escape but the side as the top crust had already formed when the oven spring hadn’t finished. Believing it was baked all the way through you took it out too quickly.

Covering the dough for the first 20 minutes or baking with steam should help. What is your method for baking?

P.s. just looked at the image in the attachment. Now my mind is made up! Definitely an issue with the crust setting too fast. It looks like is was too close to an element too.

Thanks Abe! I think you are correct. I cover it for 17 min & bake 17 uncovered. After your response & a quick google I put a shallow pan with water in the bottom of the oven & it’s better but not fixed.

It’s weird bc a month or 2 ago (when I had first started this wasn’t happening & baking method hadn’t changed. Now I’m questioning my starter…), 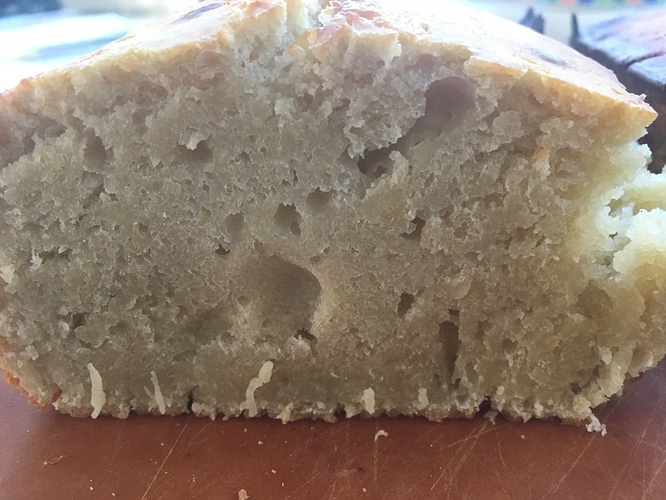 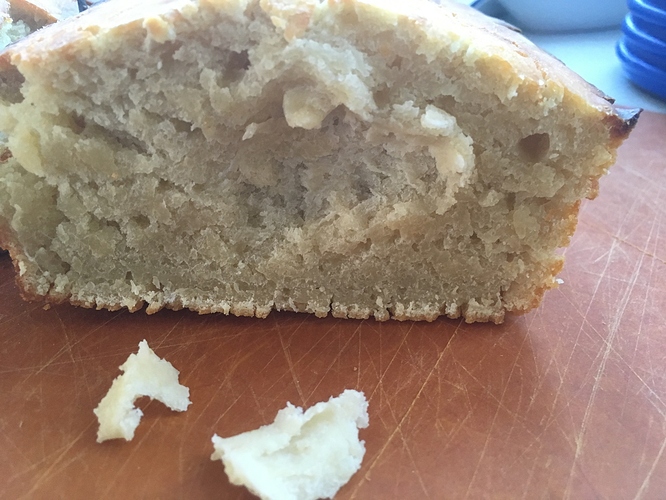 Not sure if can tell but it feels undercooked & is still “moldable.”

I think you’re onto something there. Burnt crust and raw inside aside the loaf looks very under fermented.

How do you maintain and use your starter?

Yes. Mixed flour, salt, yeast and water and allowed it to ferment overnight for 15 hrs. Folded the dough as shown in the videos, put into a proofing basket, covered, and let rest for 1&1/2 hrs. Heated my Dutch Oven to 450 and baked for 30 min.