I baked this bread a second time and adjusted what I was doing based on some comments and suggestions I received here and elsewhere. Because the sweet potato should already be adding sugars to the dough I skipped the diastatic malt. I also did bulk fermentation at a slightly lower temperature because I thought the last bake could have been a bit overproofed. I also baked the bread differently based on an idea that Kirsten of FullProofBaking posted. On the lowest rack I placed a roasting pan with rack and then baked the bread in my Dutch oven on this rack. This helped shield the bottom while keeping the top of the bread further away from the top of the oven. As of result of this I didn’t need to shield the top of the bread from burning by covering it and then achieved a more even bake. I think I will be doing this now going forward.

Before baking I tried to more thoroughly brush off the rice flour and the brushed on a fair amount of water, I hoping to achieve a shinier crust with better blisters. I didn’t get a shiny crust but I did get better blisters so I will probably do this again in the future.

I will post photos of the crumb once we cut this open but I’m hoping that the crumb will be an improvement from my first bake of this recipe. Oh another thing I changed, I recently had been wetting the counter when doing final shaping rather than using flour. I decided to go back to using flour as I thought perhaps the use of water on the counter contributed to a wetter outer skin of the bread which would then decrease the tension achieved when final shaping. I think that using flour for me works better, because I was able to get better tension this time so I think I’ll go back to this shaping going forward. 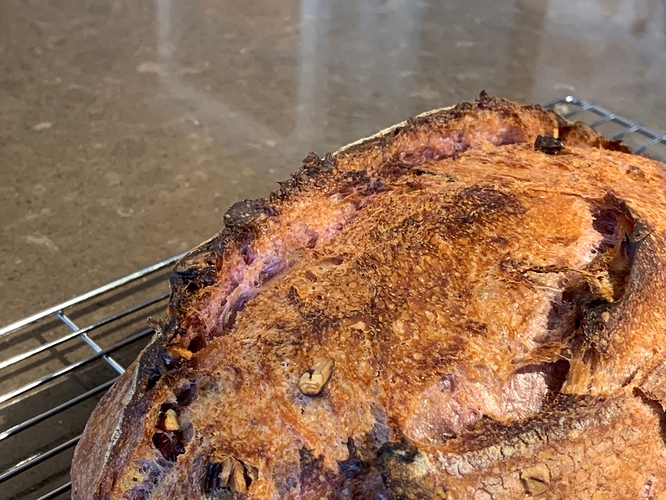 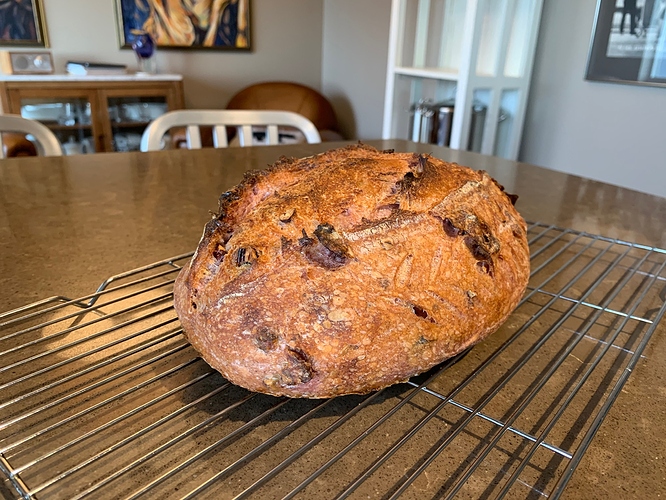 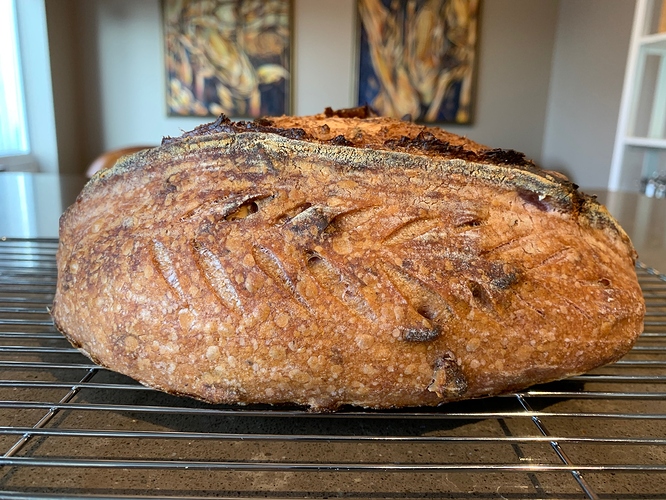 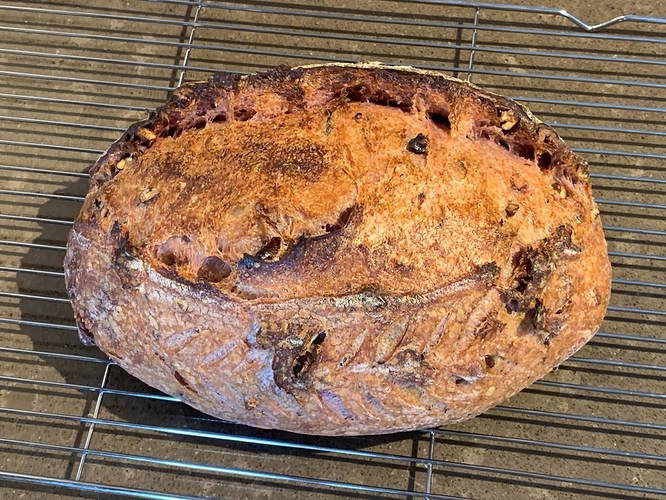 I now believe that my first go at this bread was a bit over-proofed. This turned out so much better after reducing the bulk fermentation temperature by 1ºF and eliminating diastatic malt powder. The crumb on this bake is much better. I do love the how the crust turned out, I’m not sure why but it is thin and really crisp and tasty. Do you think it was the water I brushed on before baking? 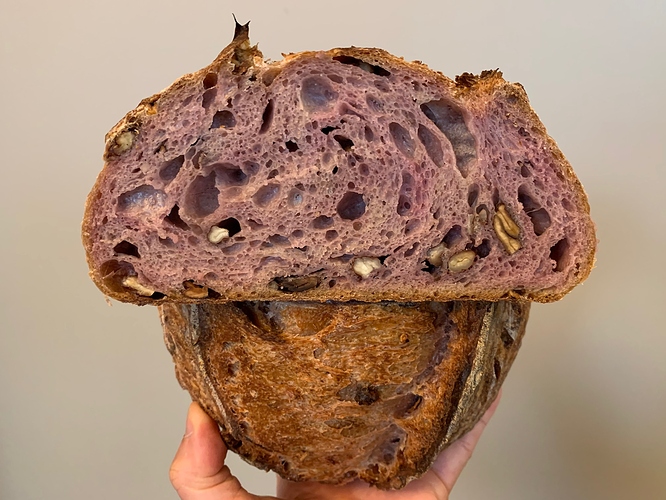 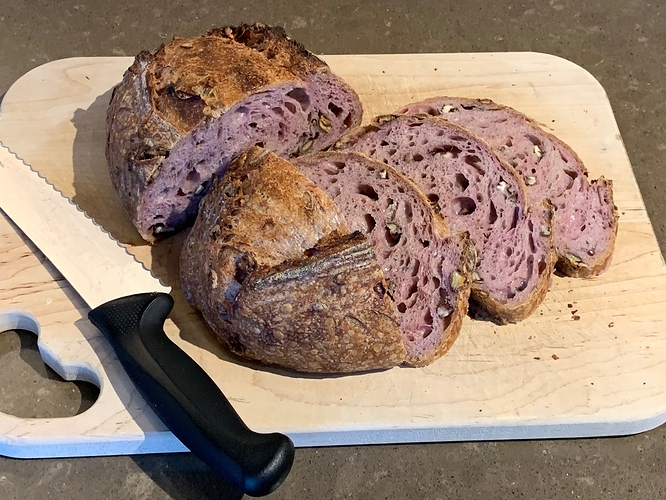 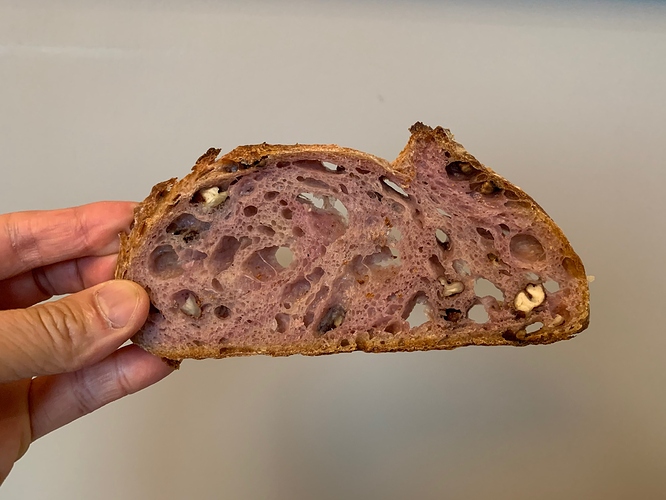 Looks perfect to me!

Thanks Melissa it is a much better effort and tasty as well.