So still working on baguettes here. I am still having some issues with my starter that started with the warmer weather. I then found out they add chloramine to our water in the warmer months so I thought that might be the explanation. However, someone else I know who also uses filtered tap water here in Toronto says he hasn’t had any issues, so I could be wrong.
Anyhow, I think I may have to keep my starter out for a while and feed it a few times per day to get it going more strongly, but I will first test my water theory by feeding two small starters one with filtered tap and the other with bottled water.

Back to the baguettes, the levain build of Hamelman’s Pain de Levain was going so slowly, way more slowly than it should. So after more than 12 hours I gave in and mixed the dough inoculating with 0.1% IDY. The bulk fermentation then went as expected.

I still need more practice with shaping and scoring these. I think that the centers are a bit too narrow compared to the ends, I’ll work on that in future bakes. They are still warm so no crumb shot yet. 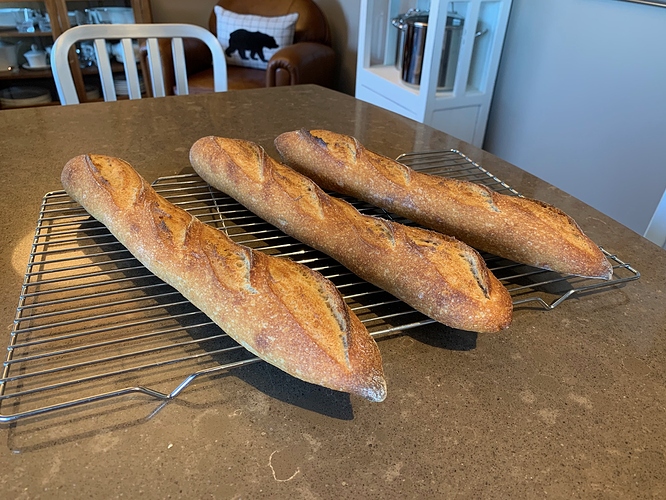 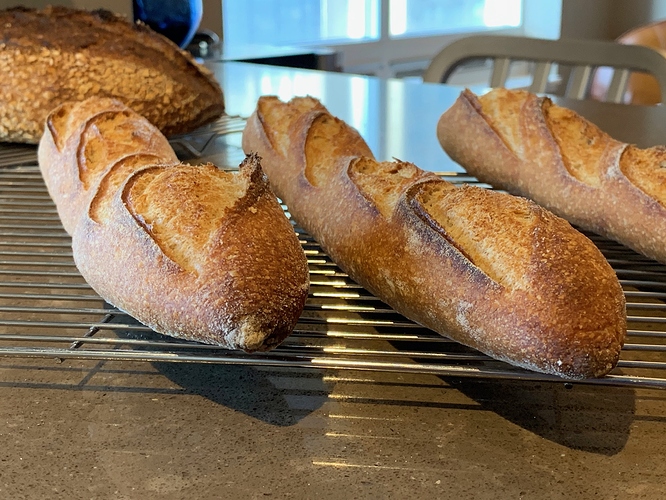 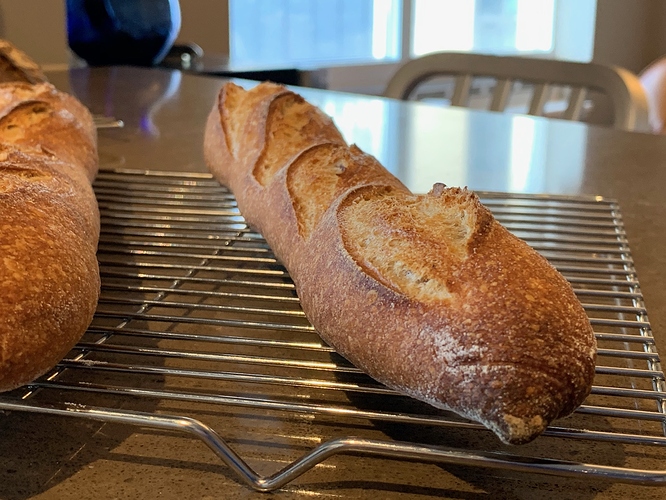 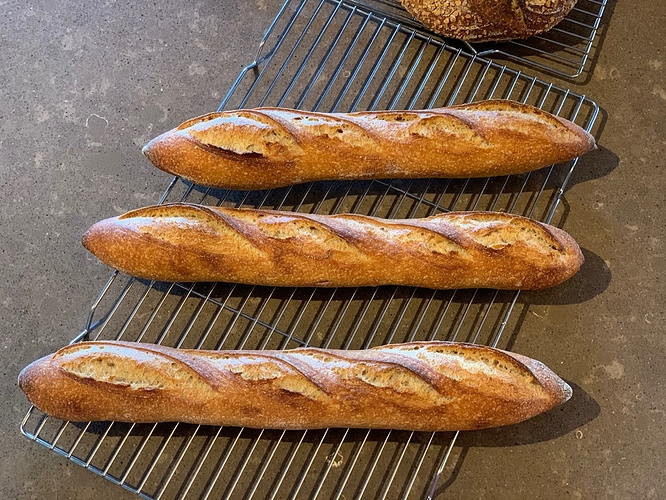 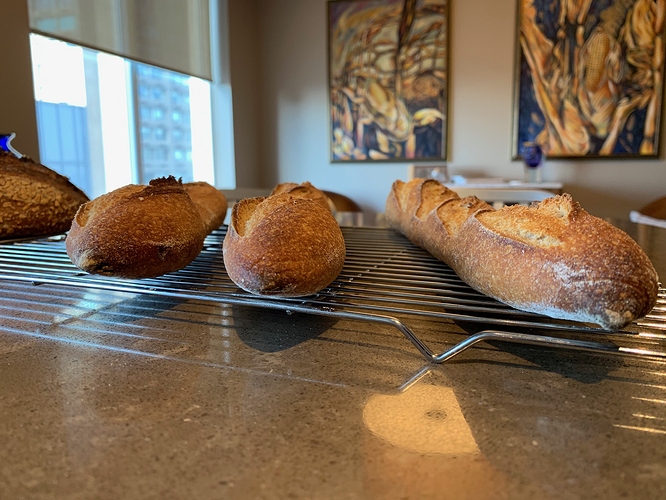 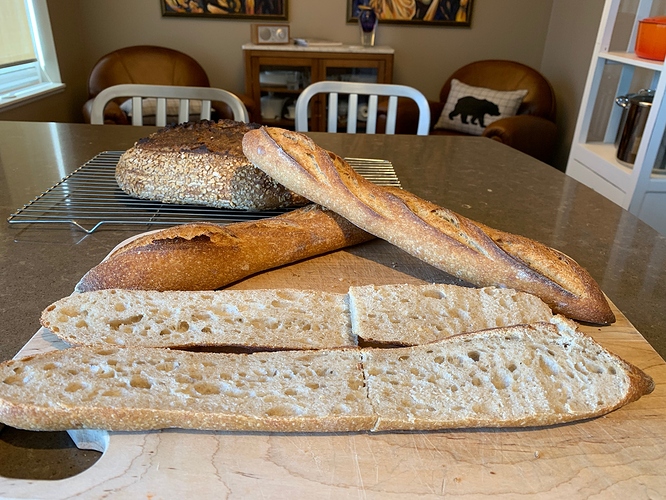 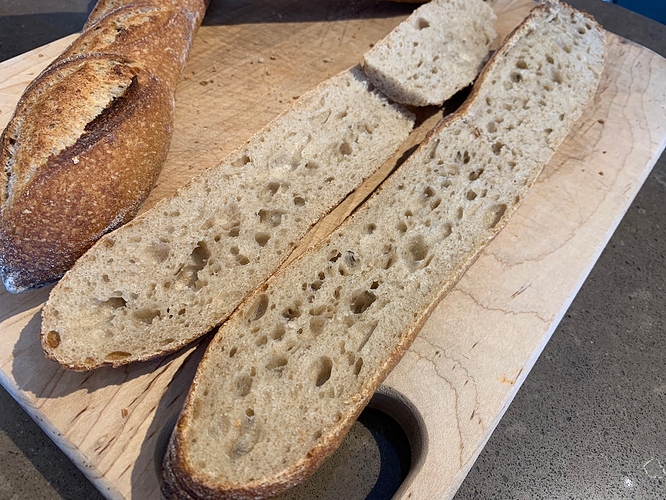 You will need a very serious filter to remove chloramines. Buy a cheap bottle of mineral water and give that a try.

I bought a bottle this morning and I’m running a test now. 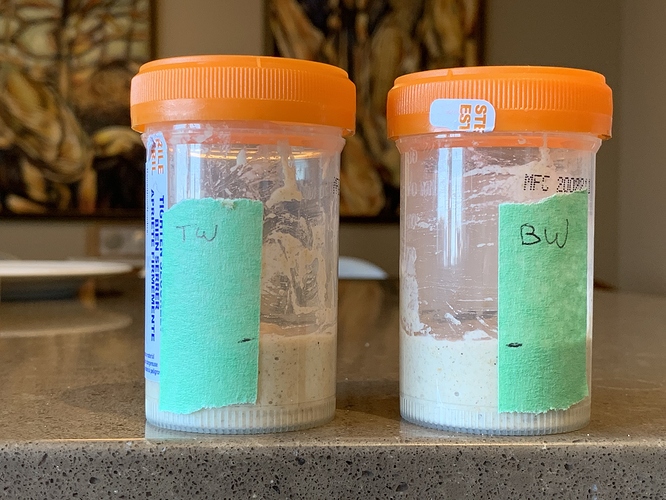 What water did you buy?

Just a bottle of spring water.

Well it isn’t the water, my filtered tap and bottled spring water perform the same.
Both took 5 hours to double on 1:2:2 feeds at 80-82ºF. Does that seem at all slow to you for my starter, should it rise faster than that for that feed of whole red fife?