I’m still working towards improving my baguettes. I’m using a hybrid formula with 9% pre-fermented flour and 0.07% IDY. There is only 1.1% whole grain in the form of Red Fife all of which was in the starter used to build the levain. All the rest of the flour was white, ⅓ T55 and ⅔ Canadian all purpose which I didn’t realize was 13.3% protein until after I had built the dough. The hydration was 72% the bulk fermentation lasted about 3 hours at 79ºF and the dough was allowed to rise 30% and then the dough was cold retard for 21 hours at 2ºC in bulk.

The next day while the oven was heating to 500ºF the dough was divided and pre-shaped loosely in a roll. After 15 mins of bench rest I shaped the baguettes. Unfortunately, my dough was too elastic and not extensible enough so they sprang back a bit so they weren’t as long as my baking steel, so they are more long batards than baguettes.

I’m happy with the crust (although the colour isn’t that even) and crumb. The crust is a great thin crisp texture, the crumb is soft but has a nice chew and is quite open. If anyone has any ideas about the uneven colour I’d love to hear them.

Things I need to work on include, better shaping. With my high protein flour, I think I need to work the dough less to develop less gluten as well as increase the hydration, again to increase extensibility. With that I hope I can get a thinner longer more baguette shaping. Then I think I have to adjust my scoring. I believe I am over compensating and scoring at too acute an angle, too parallel to the surface of the dough and since my dough’s skin is so thin, the flap is closing up unable to stay separate from the body of the dough. I will try to score maybe 45-60* to the dough surface and fairly deeply next time and hope to get some ears. 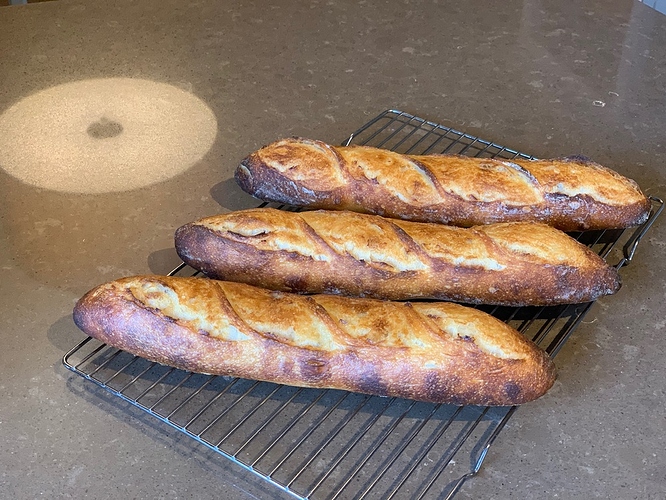 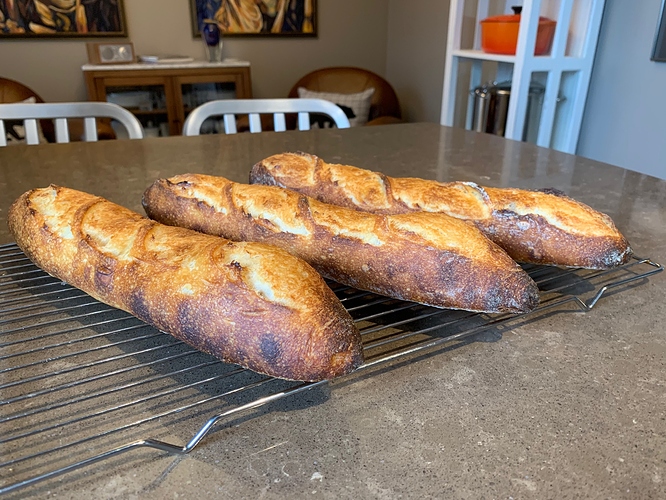 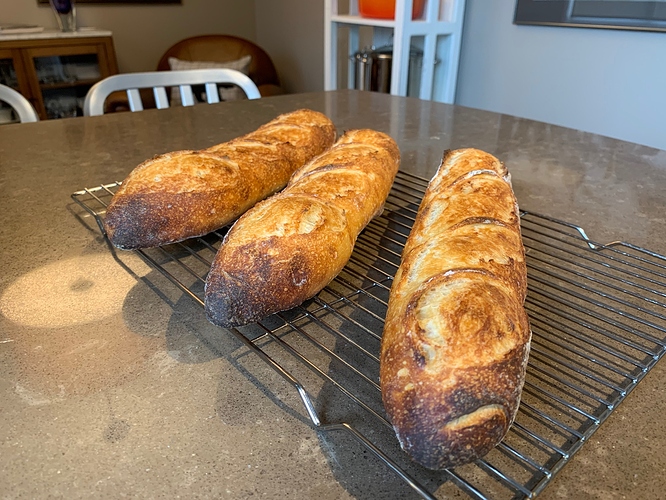 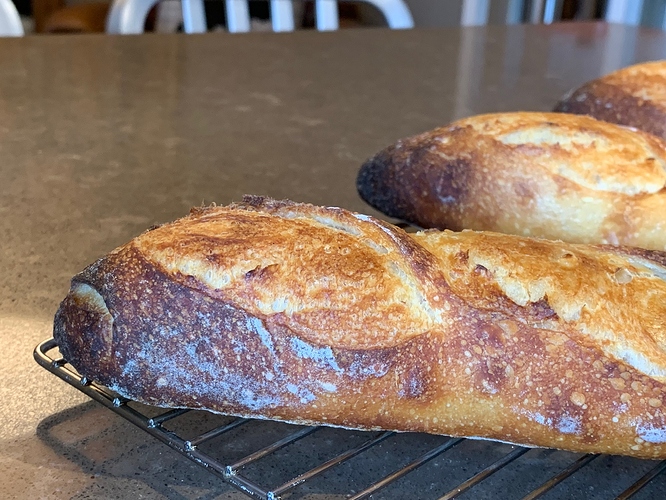 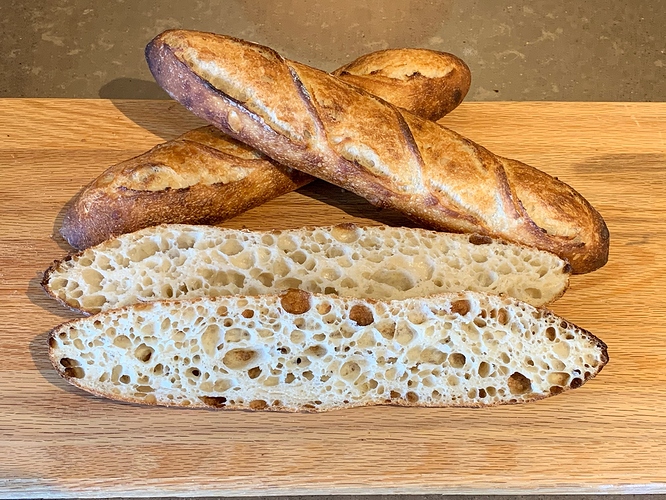 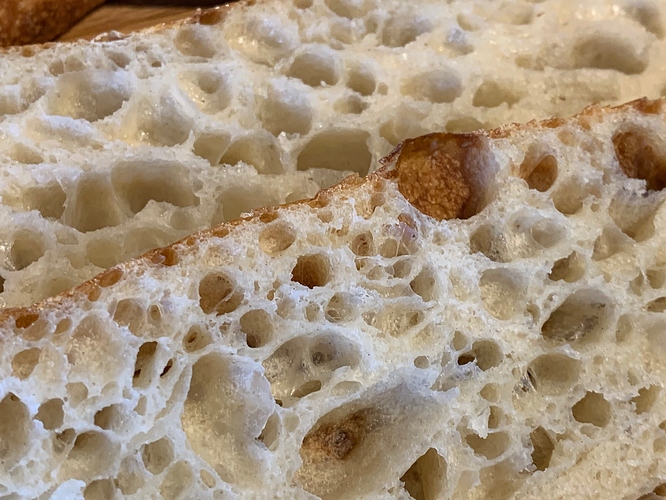 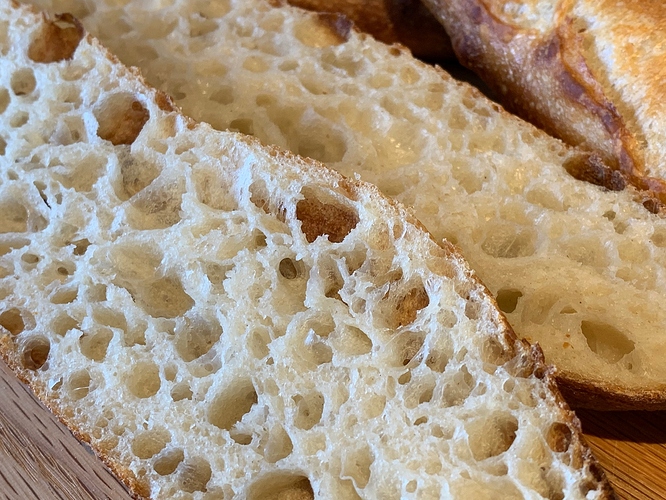 @Bentio Benny, your photography skills are awesome and those breads look amazing!

Leah, thank you very much I appreciate your comments. I’m not sure I know why I suddenly got such a nice open crumb, hopefully I’ll be able to be consistent and replicate that. I just need to work on the shaping and get some ears on these baguettes.
Benny